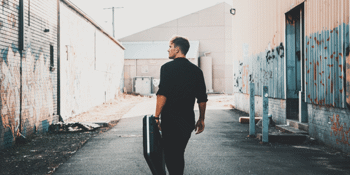 TBC
The Leadbeater Hotel (Richmond, VIC)
Saturday, 5 March 2022 8:00 pm
47 days away
18 Plus
Music
Send this event to
To celebrate the release of his highly anticipated new single ‘Seasons’, Indie-Rock artist Alex James Bowen is touring nationally with his full band. Alex landed back on the scene with in 2020 with his popular single ‘I Believed In Us’, which took him back on the road selling out National Australian tours and quickly became a notable and highly recognisable voice on the Australian scene. Born and raised in the rock scene of Newcastle Australia, AJB has been crafting his sound for 10 years. 2 years ago, he found new creative energy on the Gold Coast and is writing and producing by the coast. Charismatically fronting an uplifting sound of indie-rock and soul, encompassing an incredibly powerful vocal range likened to Bruce Springsteen, Kings Of Leon and Matt Corby.
This is a show not to be missed.