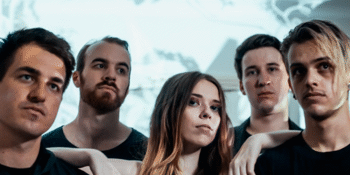 The Leadbeater Hotel (Richmond, VIC)
Saturday, 17 September 2022 7:30 pm
83 days away
18 Plus
Indie
Metal / Hard Rock
Send this event to
Destroy All Lines is proud to present Terra’s headline show for latest EP 'Reverie' with special guests to be announced

In the early stages of the band, Terra saw success with their pop-rock cover of Vanessa Carlton's 'A Thousand Miles', clicking over 90,000 views on their YouTube channel. Following this the band started to play a number of shows locally and interstate and developed a following off the back of their debut single ‘Talk is Cheap.’

This then saw the release of debut EP 'Wasted Days' which began a string of local shows with the likes of Tonight Alive, Knocked Loose and Skillet. The following year Terra were able to cut their teeth nationally playing with Storm the Sky, Yours Truly and RedHook.

Although covid-19 lockdowns in Melbourne put a complete halt to all national touring plans, the downtime has allowed the band to regroup and plan for what hopes to be an exciting 2022 with the release of their new EP Reverie.

With a strong touring schedule in place for 2022 to support their new release, Terra are making up for lost time in a big way.