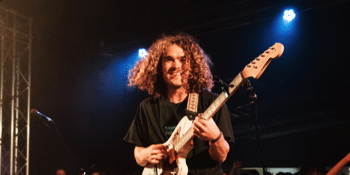 Following on from their last sold out run around the country, the fourth piece band are getting back on the road for another string of shows around Australia.

It’s been a whirlwind couple of years. 3 singles over the course of 2020 grew the audience nationally with all singles hitting over 200,000 hits on Spotify, picked up by Triple J, and coming in as the 4th most played artist for the year on Triple J Unearthed.

On the live stage the band have been lucky to get back to work, touring around Australia and selling out shows in major cities for their 2021 single “That’s Just How I Feel”. The band were selected to play Australia’s first COVID safe festival in Good Day Sunshine festival, Noah performed digitally on the first Isol-aid festival, and signed to the very reputable New World Artists. Triple J high rotation for the tear jerker “Knievel Daredevil” saw Noah’s songwriting evolve and voice shine, and upbeat single “That’s Just How I Feel” has propelled the band into the hearts of Australia. Known for raw emotion and euphoric soundscapes expect to dance, laugh and cry all at the same time.