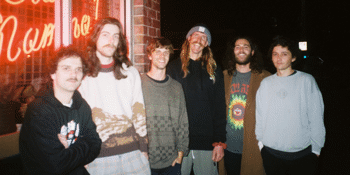 After having to previously cancell all tour dates due to the extensive lockdown in Victoria, Melbourne surf-rock outfit Majak Door make their return to the stage in celebration on the release of their self titled debut album that came out mid September. With a successful release the band successfully charted #15 in the AIR charts. With the ease of restrictions now set for the future its now Majak Doors opportunity to make up for lost time and come together to celebrate their album being performed for the first time. This is one not to be missed.